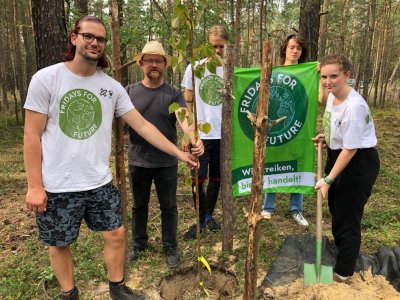 Representatives of Fridays for Future from Berlin, Brandenburg and Saxony demand that no more land be expropriated for opencast lignite mines. They met in the forest leased by the GRÜNEN LIGA at the Nochten open-cast mine, where they planted a young lime tree.

"Opencast coal mines like Nochten have an impact over the entire course of the Spree. Our generation will bear the consequences if the coal phase-out is delayed. As climate activists from Berlin, Brandenburg and Saxony, we therefore jointly demand that the mining areas be reduced and that no opencast mining consequences be passed on to the general public," says Tom Beeger from Fridays for Future in Görlitz.

"LEAG has applied to the Saxon Mining Authority to expropriate this forest. But how much coal is still in the open pit and how much is to be extracted per year has been blacked out as a trade secret - that is absurd! Anyone who interferes with basic rights but does not even want to put his arguments openly on the table has lost all credibility. As tenants of this forest, we continue to stand by the private owners," explains René Schuster from the Cottbus environmental group. 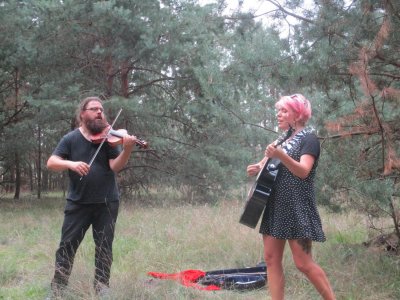 The action was also accompanied by a visit of the Sorbian-Welsh friendship tour of the art Kollectiv Wakuum. Before the start of their tour, the musicians* gave a short unplugged concert in the forest to show their solidarity.

The Nochten open-cast mine is already the largest discharger of sulphate into the river Spree during its operation and thus endangers drinking water production in Berlin. After the coal has been mined, other huge problems will arise: The need for flood water and the permanent evaporation losses of the planned huge lake aggravate the water shortage in the entire Spree region. A re-planning of the open-cast mine is inevitable in order to at least limit these eternal burdens. In the process, the distance to the villages on the edge of the opencast mine can be increased. The private forest does not have to be expropriated. 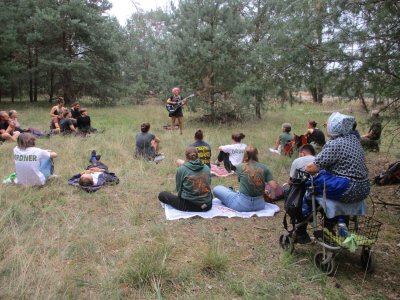 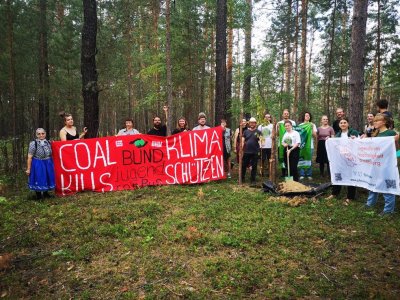